Today marks the 100th week since I started my #phdlife, so I thought I'd share some tips based on my personal experience, mainly for new and early-years PhD student or anyone curious.

One of the most common bias in research is our own cognitive bias, which has no design or statistical remedy. One way to spot and mitigate this elusive bias is by listening to others' views, especially when they contradict our prior beliefs.

Had to submit an article review and suddenly had flashback to my doctoring days.

What do these situations have in common?

I miss the days when people were talking about cell culture, not cancel culture

What is the collective noun for a collection of unfinished research projects?

A doctor of philosophy

These past few months have taught us that prior beliefs, false assumptions, and extrapolation are dangerous when mixed together

A calculated doubt is often more informative than an unfounded confidence

Unfortunately we often pay little attention to the adjectives

Science journals should one day publish an issue with a list of 100,000 author's names whose papers been rejected covering the front page in @nytimes style.

"They Were Not Simply Names on a List, They Were Us"https://t.co/9dMqOxG47v

A successful project requires a combination of motivation, knowledge, time, and good management

When there seems to be no progress, check which ones of these are lacking before anything else

No one will see the deleted 1,800 words, but your future self will remember the thought process and make use of this information. Think of it as a form of reinforcement learning.

Frustration is like a mild infection.
We don't know we have it until we spread it to others.

There is light at the end of the tunnel.

But if that seems to be too far off, make the tunnel brighter with your own light ✨

Every hardship is an opportunity to learn and grow

Public:
Science is so confusing. These experts fight among themselves - I don't know whom to trust!

Stay positive in everything except test for acute infection

I have years of training in medicine, epidemiology, health data science, and molecular biology, yet the subject I have the most expertise on in the current pandemic is social distancing.

If you ever feel anxious that your research hasn't made any impact yet, remember that it takes thousands of deaths over a few months to teach our society basic hygiene

Today's weather is academia:
seemingly warm with a chance of heavy storm at any time

Every grant / project / scholarship application across all career stages in academia be like pic.twitter.com/LA6tfAuR2A

Recent family gathering events taught me that before checking if everyone is on the same page, make sure that they are on the same book first

Another article highlights the dark side of research culture: https://t.co/PuEdg9YrUN

I agree one of the main drivers is the overemphasise on publications. Modern research often demands a big team effort which requires various sets of skills beyond writing.

Me implementing loops in Python 🐍 pic.twitter.com/Y1hWfPDYht

Mental health, in particular happiness, is the fuel that keeps our engine running. Make sure to always have enough for the journey and refill when needed (responsibly).

This past month I went to at least 4 group dinners & 2 institute christmas parties. Academia is so much more fun and rewarding when you can be friends with your colleagues.

Twitter is one of the best resources for science, if we 'stalk' the right people.

It can show the latest literature, events, news, and trends in our fields of interest on daily basis; with occasional memes and cat pics in between as bonus.

Just a normal day in academia

If you do a lot of computational works and typing, learn touch typing and invest in a good keyboard, monitor, and seat. Also stretch your back regularly.

I was young and stupid before starting my PhD

Now I am just stupid

So according to this survey by @nature https://t.co/arP6F6xc70

there are at least 63 respondents who think that the most enjoyable aspect of being a PhD student is social life.

Can I make friends with these people please? pic.twitter.com/x3Lq7o6NAX

If chemists print out the periodic table of the elements and put it up in every chemistry building, epidemiologists / statisticians / data scientists should do the same with the 2x2 contigency table / confusion matrix

There are 4 types of people:
- Know stuff
Talk about stuff all the time

- Don’t know stuff
Talk about stuff all the time

Knowing which one is which is critical

It's adorable to see people in some countries celebrate Halloween with "Trick or Treat" tradition once a year.

In academia people celebrate "Publish or Perish" tradition all-year round, and it's far scarier.

A "failure before success" story like that of the recent Nobel Prize winner Sir Peter J. Ratcliffe won't become a story until success is the ultimate outcome. We need to build a community where everyone feels safe even when failure is the outcome.

Last year, impostor syndrome / self-doubt was the main villain in my PhD story, but many more enemies are lurking in the dark. There are two that I need to defeat this year: envy & jealousy

(And yes, I'm a fantasy fan, hence the narrative) https://t.co/T3WjdYVuv7 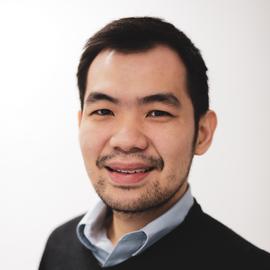